What Swollen Gums with Braces Means for Your Oral Health

What Causes Swollen Gums with Braces

Teeth movement. During your orthodontic treatment, you may not be able to see your teeth move, but braces apply a steady, constant pressure that causes changes to occur in your jawbone and gums. As a result, it’s natural for your gums to feel sore, especially after your orthodontist adjusts the braces each month or so. If your swollen gums are related to teeth movement, your gums will likely go back to normal after the braces are removed.

Gum Disease. Braces create tiny spaces around your teeth. This makes it easy for food particles to get trapped in these spaces, resulting in bacteria-filled plaque deposits. If these deposits of food and plaque aren’t regularly removed, you face an increased risk of having gum disease. Gingivitis is the first stage of gum disease. It causes the gums to become red and swollen, and they might bleed easily.

Gingival Enlargement. Your swollen gums might actually be gingival enlargement, also known as gingival hyperplasia or hypertrophy. Gingival enlargement is the abnormal overgrowth of gingival tissues. The American Academy of Oral Medicine (AAOM) notes that while hereditary or medicinal factors usually trigger it, it can also be a response that occurs when plaque accumulates on the teeth, something that can happen more easily while wearing braces.

How to Get Rid of Swollen Gums with Braces

If you notice signs of swollen gums, don’t hesitate to contact your orthodontist or general dentist so you can get treatment and find out what the best home care approach is. Your orthodontist might recommend gargling with salt water for quick relief and then also ask you to prioritize oral hygiene. Since food particles are very likely to get trapped in your braces, here’s how you can improve your oral hygiene:

Having braces might cause some discomfort, and it’s normal for your gums to be a little swollen or sore. But if your symptoms are persistent or worsening, it might be a sign of something more. Your orthodontist can be a great resource for you! Consult with them so you can complete the rest of your orthodontic journey with as little pain as possible.

This article is intended to promote understanding of and knowledge about general oral health topics. It is not intended to be a substitute for professional advice, diagnosis or treatment. Always seek the advice of your dentist or other qualified healthcare provider with any questions you may have regarding a medical condition or treatment. 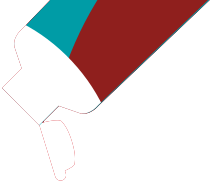 Was this article helpful?

Thank you for submitting your feedback!